Generally, pulmonary fibrosis can be split into two categories: primary and secondary.

Secondary: Secondary pulmonary fibrosis is caused as a the result of another disease or environmental trigger (“secondary to…”).

Idiopathic Pulmonary Fibrosis (IPF) has no known cause but is a progressive and chronic lung disease.

There are various evolving theories around the triggers and cause of IPF, some suggest that the ‘repair’ mechanisms used by cells in the lungs become compromised leading to excessive fibrous tissue. Alveolar epithelial cells are cells which line the air spaces of the lung, when these become damaged the body attempts to repair them using a special cell called a fibroblast. These cells are responsible for the development of the excessive fibrous tissue.

There are several risk factors for developing IPF, these include: smoking, chronic viral infections and certain occupations (e.g: working with asbestos). These risk factors all cause damage to the alveolar epithelial cells mentioned above.

Various diseases can lead to pulmonary fibrosis, these include: 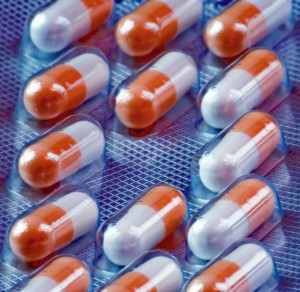